Christian Taylor coming in for the win on day two of the North Pole Junior North American Championships.

While our trip to Alaska was primarily to photograph the aurora, it turns out there was quite a bit to do during the day as well. When we arrived in Fairbanks the latest snow storm was just wrapping up and we took a little walk around downtown.  Smaller than I expected, Fairbanks has a population somewhere around 32,000 which makes it the 2nd largest city in Alaska. 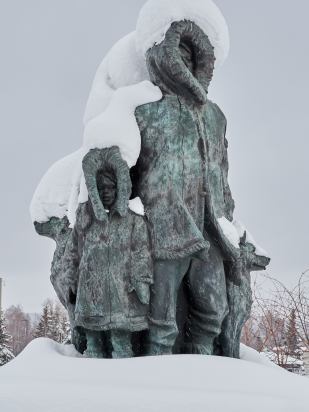 Statue outside the Convention and Visitors Bureau.

Our arrival day was planned as an off day so we could overcome jet lag, so aside from a couple of strolls to get a feel for the city we mostly took it easy.  As mentioned in the previous post, the next day we left for Chena Hot Springs Resort.

Cabins behind the Moose Lodge where we stayed.

Our first full day there we went down to the dog sled area so the Missus could get a ride.  The dogs seem incredibly happy to run, and as it was only about -5º that day the musher took it easy with them and gave them a break half way through the course. 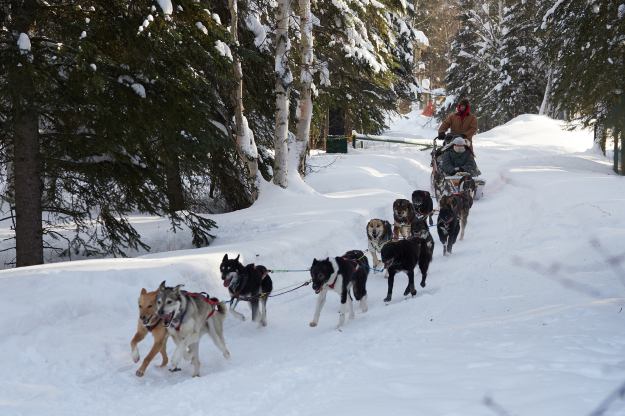 Finishing up the 1.5 mile dogsled ride.

These dogs are apparently happiest between 0 and -20 degrees, so when they got back from a ride they would roll around in the snow to cool off. 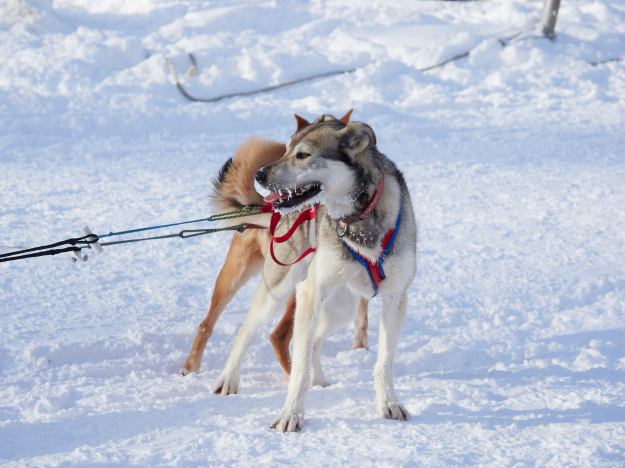 There’s also a kennel tour available as well as snow mobile rides for the more mechanized at heart.  Other activities include massages, 4 wheel drive tours, long and short air tours and the Ice Museum. 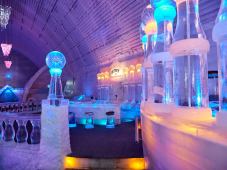 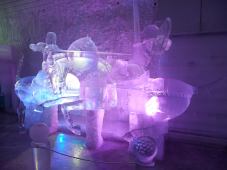 The Ice Museum was intended to be an Ice Hotel, but there were a limited number of people interested in staying the night at 25 degrees.  So while you can overnight there for a price, mostly it’s an interesting collection of ice sculpture.  You can buy an apple Martini served in an ice glass. 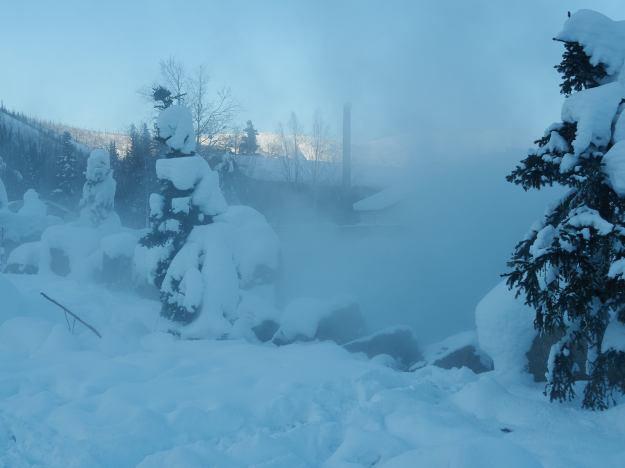 Steam from the hot springs.

The hot springs for which the resort is named provides an opportunity to soak either indoors or out, and is located next to the indoor swimming pool.  Energy from the springs is used to provide power as well.  Finally, the restaurant had consistently excellent food and service.  I would definitely go there again. 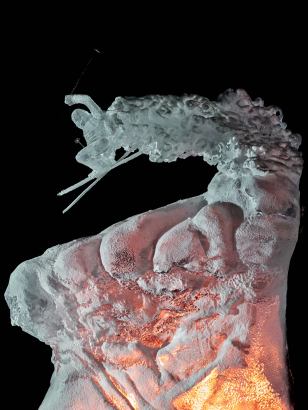 On our return to Fairbanks we visited the World Ice Carving Championship where the “Single Block” category had just finished.  The block is a five by eight by three foot block of ice weighing about 7800 pounds.

Finally, our last afternoon was spent in the city of North Pole for day two of the Junior North America Championships.  We were only there for the six dog and one dog events, but we had a great time photographing it.  The lead picture for this post is of the first competitor in the 6 dog class, here shown prepping his sled before the race. 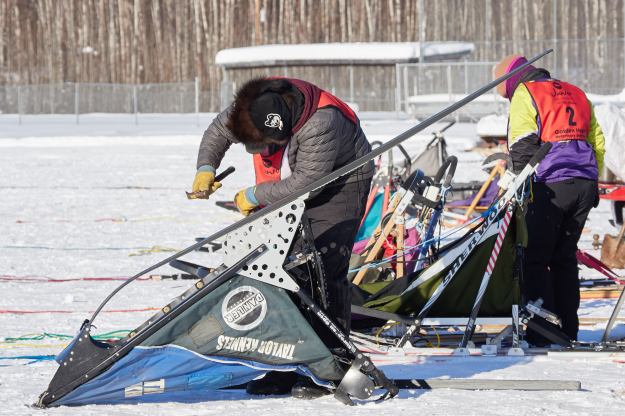 Attaching the skids prior to the race.

The competitors are started on the 6.6 mile course at two minute intervals, and the combined time of three runs over three days determine their standing in the race.  Looking at the amount of equipment and the number of dogs two things became clear – this is not a cheap sport, and it seems to be a family thing.  The one dog events are where both the young racers (the youngest was 3 years old) and the young dogs learn the ropes. 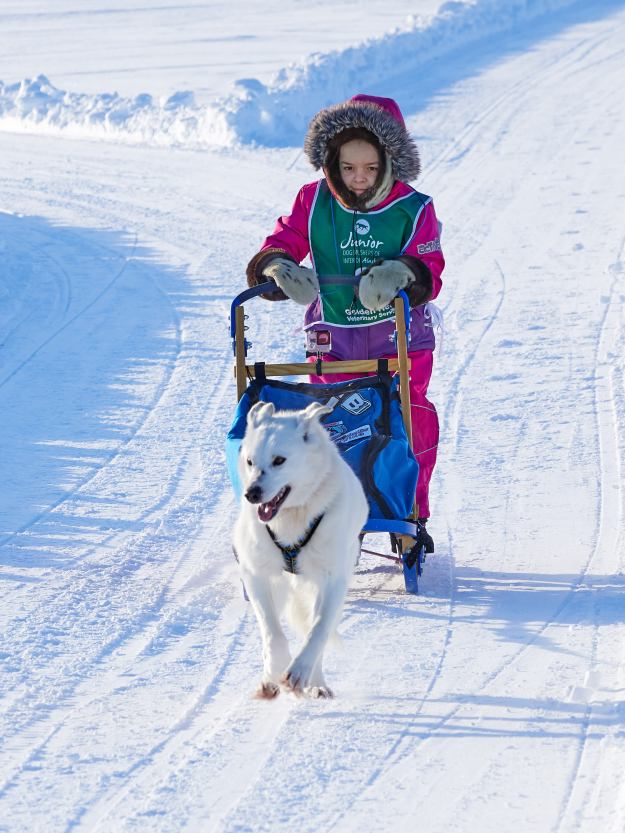 The one dog event was so cute – several of the dogs get about 50 yards then get distracted, so parents and helpers end up running along side to keep them going in the right direction.  Everyone – dogs and people alike seem to be having a wonderful time.

Young competitor overheard telling her puppy “you can run next year.”

Next up: Tips and Tricks, or “Baby, it’s Cold Outside…”

3 thoughts on “So what’s to do in the Alaskan winter?”